What You Need to Know About Smoke Alarms

SMOKE ALARMS – What You Need to Know 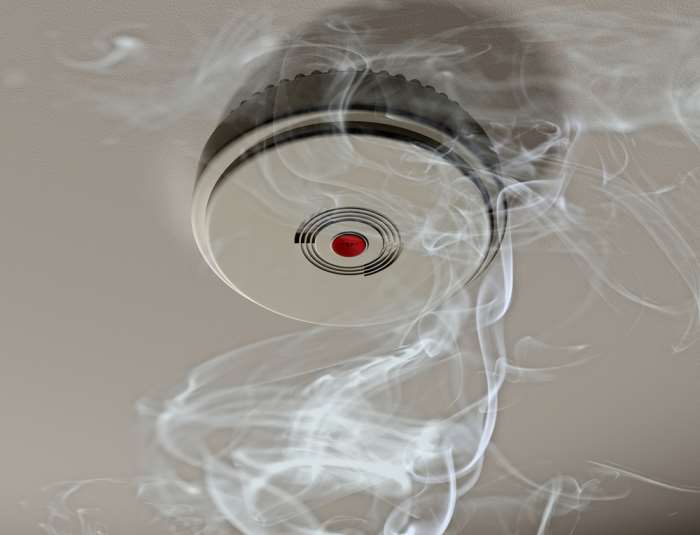 The impact of smoke alarms

In the 1960’s, the average U. S. citizen had never heard of a smoke alarm. By 1995, an estimated 93 percent of all American homes – single and multi-family, apartments, nursing homes, dormitories, etc. – were equipped with alarms. By the mid 1980’s, smoke alarm laws, requiring that alarms be placed in all new and existing residences – existed in 38 states and thousands of municipalities nationwide. And smoke alarm provisions have been adopted by all of the model building code organizations.

Fire services across the country have played a major and influential public education role in alerting the public to the benefits of smoke alarms. Another key factor in this huge and rapid penetration of both the marketplace and the builder community has been the development and marketing of low cost alarms by commercial companies.

The cost of smoke alarms

In the early 1970’s, the cost of protecting a three bedroom home with professionally installed alarms was approximately $l000; today the cost of owner-installed alarms in the same house has come down to as little as $10 per alarm, or less than $50 for the entire home.

This cost structure, combined with effective public education (including key private-public partnerships), has caused a huge percentage of America’s consumers, whether they are renting or buying, to demand smoke alarm protection.

The impact of smoke alarms on fire safety and protection is dramatic and can be simply stated. When fire breaks out, the smoke alarm, functioning as an early warning system, reduces the risk of dying by nearly 50 percent. Alarms are most people’s first line of defense against fire.

In the event of a fire, properly installed and maintained smoke alarms will provide an early warning signal to your household. This alarm could save your own life and those of your loved ones by providing the chance to escape.

Why should my home have smoke alarms?

In the event of a fire, a smoke alarm can save your life and those of your loved ones. They are the single most important means of preventing house and apartment fire fatalities by providing an early warning signal — so you and your family can escape. Smoke alarms are one of the best safety features you can buy and install to protect yourself, your family and your home.

Okay, where do I put them?

Also, smoke alarms should be installed on the ceiling or 6 to 8 inches below the ceiling on side walls. Since smoke and many deadly gases rise, installing your smoke alarms at the proper level will provide you with the earliest warning possible. Always follow the manufacturer’s installation instructions.

Where would I get smoke alarms?

Many hardware, home supply or general merchandise stores carry smoke alarms. Make sure the alarm you buy is UL-listed. If you are unsure where to buy one in your community, call your local fire department (on a non-emergency telephone number) and they will provide you with some suggestions. Some fire departments offer smoke alarms for little or no cost.

Are smoke alarms hard to install?

Not a bit. In most cases, all you will need is a screwdriver. Many brands are self-adhesive and will automatically stick to the wall or ceiling where they are placed. However, be sure to follow the directions from the manufacturer because each brand is different. If you are uncomfortable standing on a ladder, ask a relative or friend for help. Some fire departments will actually install a smoke alarm in your home for you. Call your local fire department (again, on a non-emergency telephone number) if you have problems installing a smoke alarm.

How do I keep my smoke alarms working?

Smoke alarms are very easy to take care of. There are two steps to remember.

Simply replace the batteries at least once a year

Dust and debris can interfere with their operation, so vacuum over and around your smoke alarm regularly.

What if the alarm goes off while I’m cooking?

Then it’s doing its job. Do not disable your smoke alarm if it alarms due to cooking or other non-fire causes. You may not remember to put the batteries back in the alarm after cooking. Instead, clear the air by waving a towel near the alarm, leaving the batteries in place. The alarm may have to be moved to a new location.

How long will my smoke alarm last?

About eight-to-ten years, after which it should be replaced. Like most electrical devices, smoke alarms wear out. You may want to write the purchase date with a marker on the inside of your unit. That way, you’ll know when to replace it. Always follow the manufacturer’s instructions for replacement.

Anything else I should know?

Some smoke alarms are considered to be “hard wired.” This means they are connected to the household electrical system and may or may not have battery back-up. It’s important to test every smoke alarm monthly. And always use new batteries when replacing old ones. 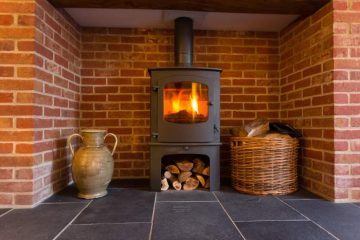 When the weather starts to cool down, many people turn to wood stoves, fireplaces, and space heaters to keep them warm. Here are some tips for staying safe while using these heating methods. 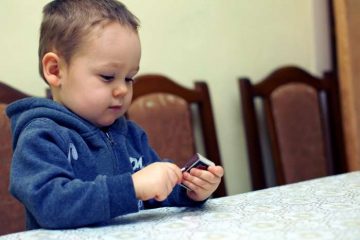 Figures show that each year about 300 people are killed and $280 million in property is destroyed in fires attributed to children playing with fire. 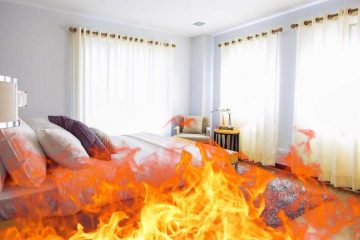 Each year, fire claims the lives of 4,000 Americans and injures more than 25,000. Bedrooms are a common area of fire origin.