Fire Fighting, Then and Now 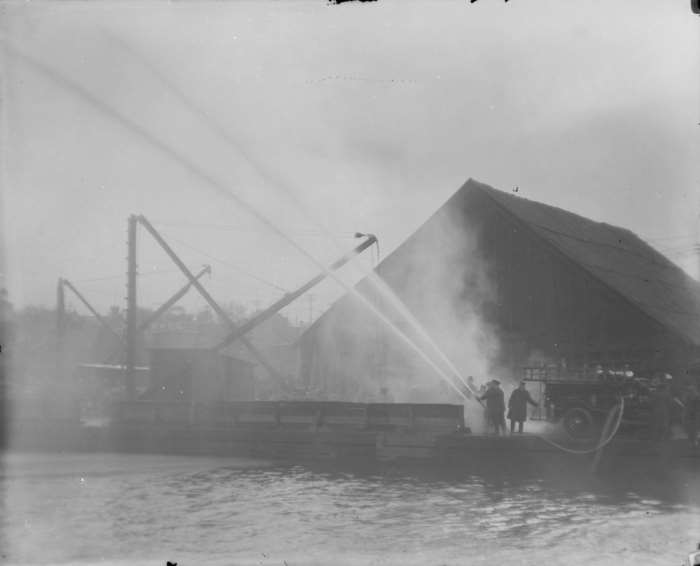 The History of Fire Fighting

Fire has been a part of human history since the beginning, and so has the need to fight it. Early methods of fire fighting were often little more than trying to smother the flames with whatever was at hand. This might include blankets, clothing, or even dirt. But through the ages , people have devised more sophisticated ways to put out fires and protect ourselves from them.

There are several discrepancies in historical tales of who formed the  first fire brigade, who was the first fireman, and other early firefighting events. Here are a few of those accounts:

In medieval Europe, monasteries and castles often had their own firefighters, who were responsible for dousing any fires that broke out within their walls.

1. The Roman Emperor Augustus is generally credited as the father of organized fire fighting.

2. The first recorded instance of organized firefighting was in ancient Rome. The  Roman Emperor Nero founded the Corps of Vigils (Vigiles) in 60 A.D. to safeguard Rome following a terrible fire. It was made up of 7,000 individuals who worked as both police and fire fighters who put out flames while carrying buckets and axes.

3. However, according to Wikipedia, Marcus Licinius Crassus established the first fire brigade in Roman history. Since Rome lacked a fire department and fires were a regular occurrence, Crassus formed his own 500-man fire brigade and dispatched them to burning structures at the first sign of trouble. When the firefighters arrived on the scene, however, they did nothing, as Crassus offered to pay a pitiful sum to the impoverished property owner to purchase the burning structure. His workers would put out the fire if the property owner agreed to sell; otherwise, they would just let the building burn to the ground. He used this method to purchase a lot of properties, rebuilt them, and frequently leased them back to the original owners or new tenants.

Not only was this man a Founding Father of the United States, but he is also known to be the “Father of our Fire Service”. You guessed it, this man is Benjamin Franklin himself. Ben Franklin founded the Union Fire Company in Philadelphia, Pennsylvania in 1736. This fire company was the first volunteer fire company of its kind in the U.S. Soon after this volunteer fire company sprung up, more and more fire companies spread across the city and soon all over the country. – from FranklinVA.com

Another source claims that:

As you can see, there are a variety of claims. Suffice to say that since those days, firefighting has evolved into a highly trained and specialized profession.

Today, firefighters are equipped with the latest technology and techniques to help them battle blazes of all sizes. And while the threat of fire is always present, we can take comfort in knowing that there are brave men and women who are ready and willing to fight it.

One early method was to simply to beat the fire with a wet blanket. This would hopefully smother the flames and prevent them from spreading.

Though much more tedious, sometimes a wall was built around the fire. This would help prevent the fire from spreading.

Another early method was to create a barrier between the fire and the combustible material. This could be done by digging a trench or by using water to wet down the area around a fire. Sand or dirt was often used to smother the fire. This would deprive the fire of oxygen and cause it to go out.

Probably the most common method was to use a bucket. The bucket would be filled with water and then tossed onto the fire. This would help to douse the flames and prevent the fire from spreading. Depending on the size of the fire, two lines of people would be formed. One line would pass the full buckets along quickly, from the water source to the fire. The other line would return the buckets to be refilled. These lines of people were referred to as the “Bucket Brigade”.

Early methods were not always successful, but they did help to control fires and prevent them from spreading out of control.

While early firefighters did the best they could with what they had, today’s firefighters are much better equipped to fight fires. They have access to a variety of tools and equipment that can help them control and extinguish fires.

Early fire trucks were nothing like the modern vehicles we see today. In fact, they were more likely to be horse-drawn carts than trucks. The firefighters had to pump the water by hand. As a result, they could only carry a limited amount of water, and they weren’t able to pump it very quickly. This made it difficult to fight large fires, and it often resulted in property damage. 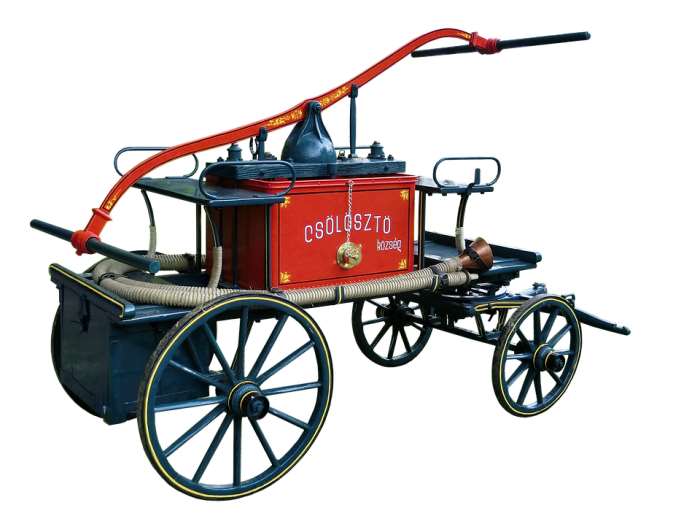 Later, fire trucks were designed to pump water from a source, such as a lake or river, to the fire. The water was then pumped through hoses to the firefighters who would direct the water onto the flames. These early fire trucks were still often pulled by horses and were not very effective in fighting fires.

The first recorded instance of a motorized fire engine was in 1897, when a team of volunteer firefighters in Ohio outfitted a Winton automobile with a hose and ladder.

However, it wasn’t until the early 20th century that fire trucks began to resemble the vehicles we know today. The first purpose-built fire truck was produced in 1905 by the American LaFrance Fire Engine Company. It featured a narrow, open-bed design that allowed for greater speed and maneuverability. Since then, fire trucks have continued to evolve, incorporating new technologies and features to help firefighters do their jobs more effectively.

Today, fire trucks are equipped with pumps that can draw water from hydrants and are capable of pumping large volumes of water onto the fire. They also carry ladders and other equipment that firefighters need to fight fires. As a result, today’s fire trucks are much more effective in fighting fires than the early fire trucks. 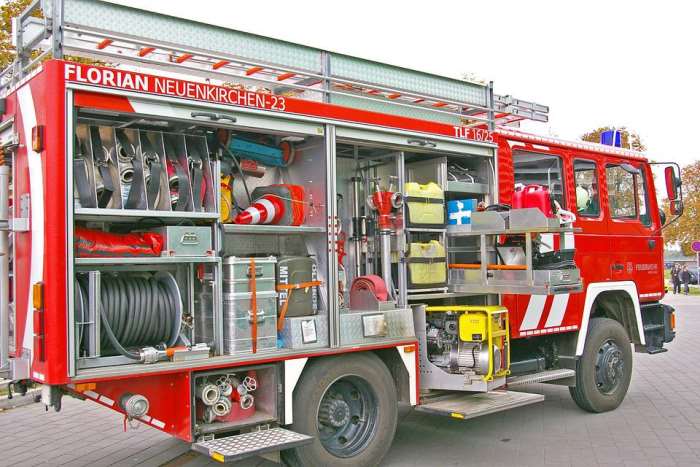 Today’s firefighters have access to a wide range of modern tools and technologies that help them fight fires more effectively. For instance, they can now use thermal imaging cameras to locate people trapped in burning buildings, locate hotspots, and target their efforts accordingly. They may use foam or chemical agents to smother a fire, or they may use specially-designed high-pressure hoses to deliver water more effectively and extinguish fires quickly. As a result of these advances, firefighters are now better equipped to handle fires of all types and sizes.

The Future of Firefighting Looks Promising

The fire-fighting industry is constantly evolving and new technologies are emerging that can help firefighters to do their job more effectively.

One of the biggest challenges facing the firefighting industry is the increasing number of wildfires. In recent years, there have been more devastating wildfires than ever before, and firefighters are struggling to keep up. However, new technologies are being developed that can help to fight these fires more effectively.

For example, drone technology is being used to map out the layout of a fire and identify hot spots, while robots are being used to enter burning buildings to assess the situation.

Drones are able to fly into places that are too dangerous for humans, such as burning buildings or active wildfires. They can also be equipped with cameras and sensors to provide firefighters with real-time information about the fire, helping them to make better decisions about how to attack it. 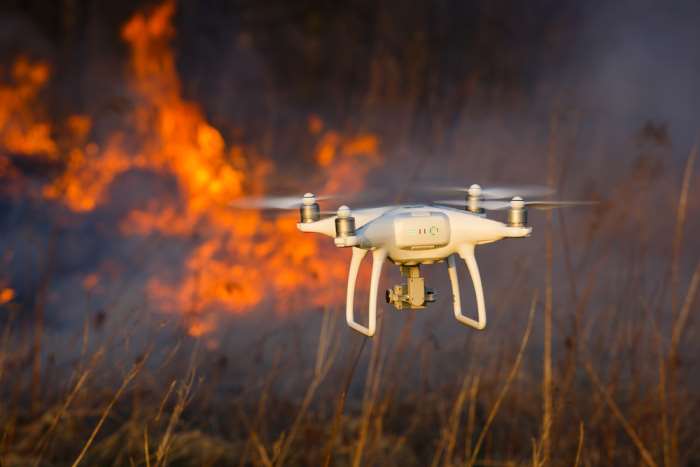 In addition, drones can be used to deliver water and other supplies to firefighters in remote locations. They can also be used to drop water or other fire retardants on a fire, making it easier to control the spread of the fire. Drones equipped with cameras and sensors can be used to help locate victims in burning buildings. This technology is helping to save lives.

The firefighting industry is also making use of virtual reality to train firefighters for different types of emergencies. By immersing them in realistic simulations, firefighters can learn how to react in a variety of situations. This training is essential to prepare them for the challenges they will face on the job.

Yes, the future of firefighting looks promising, and new technologies will help firefighters to save lives and property.

While there are many accounts of early firefighting units and individuals, it is clear that firefighters have been bravely serving communities for centuries. They are true heroes who deserve our admiration and respect.